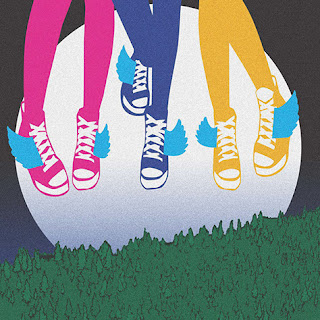 The new theatre season opens next week as TheatreWorks presents a brand new interpretation of that most magical of Shakespeare's plays, A Midsummer Night's Dream. This version promises to be especially magical, with hip-hopping fairies and the enchanting atmosphere of the Rock Ledge Ranch.

Showtimes are 7:30pm Tuesdays through Sundays through August 22. To get to the venue, head into Garden of the Gods park and turn left at the first driveway, which leads to the parking lot for Rock Ledge Ranch. Signs will direct you to the tent where the performance is taking place.

Oh, and this month we get not one but two Prologue Lectures. Nationally renowned artistic directors Tina Packer and Jon Jory are back once more, this time to discuss the state of the American theatre and women in Shakespeare's plays. This starts at 6:00pm on Monday, August 3 in the Dusty Loo Bon Vivant Theatre.

That same night, at Rock Ledge Ranch, TheatreWorks artistic director Murray Ross will give a short talk about A Midsummer Night's Dream and Shakespeare in the Tent. This starts at 6:30pm.

See you there!
Posted by Todd Wallinger at 10:15 AM 0 comments

Colorado playwrights have a brand new opportunity as Springs Ensemble Theatre has announced that they are now accepting submissions for their New Short Works Playwriting Festival.

SET is seeking 20- to 60-minute scripts on the theme NEW BEGINNINGS (whatever that may mean to you). Scriptss cannot have have received a full professional production, although previous readings or workshops are fine. Selected plays will receive a staged reading at SET on November 13-14, 2015. The deadline for submission is September 22.

I know that some of you responded to their earlier call for works by submitting a script. The word from SET is that they've read all of those submissions and will not be performing any of them. However, if your script meets the requirements of this new opportunity, you're free to resubmit. Note that some of the works that were previously submitted are ineligible for this festival.

Our attendance this summer hasn't been as big as last summer, when we were bursting at the seams, but it has held steady, with 14 people showing up for last night's meeting.

We got through six scripts in 2 hours and 45 minutes. The discussion went a little long on a couple of the plays and people seemed really tired by the end of the meeting. I'll try to rein things in a little better next time. 9:30 seems to be the point at which people (including me) stop functioning.

We opened with the beginning of my old-time radio farce The Last Radio Show. This section had a lot of setup as the various characters were introduced, but the audience loved the humor and breakneck pacing. The play should be a breeze to produce (the set and lighting requirements are minimal), so I'm planning to produce it and direct it myself at Black Box Theatre in January. Look for more info on this as we get closer to the performance date.

That was followed by the second half of August Mergelman's morality play, A Merry Interlude at Camelot, part of a series of youth plays exploring different theatrical traditions. Here Pierre is tricked by two of his customers and the clothier gets his revenge by playing a trick of his own. Everyone agreed that the play was a lot of fun.

After that we read the beginning of Deirdre Gilbert's Disciples of the Book, a funny look at a (mostly) woman's book club. The audience loved the richness of the characters and thought that the dialogue did a great job capturing the cattiness these groups often display. Deirdre originally wanted to include 12 characters as a metaphor for the Last Supper, but she now thinks she'll limit it to 8 in order to make it less unwieldy (more wieldy?).

We followed that with the conclusion of Chuck Cabell's dark comedy Hemlock. Here we see brothers Bryce and Neville hatch a scheme to get out from under the thumb of Fredo, the mobster who's calling the shots in their assisted suicide business, but the scheme falls apart when another mobster bumps off Fredo. For the most part, people felt unsatisfied that the brothers weren't victorious at the end and there were several suggestions for endings, but the audience got a kick out of discovering that Neville's airhead girlfriend Bunny turned is not such an airhead after all.

Next we read a rewrite of the end of Sue Bachman's family drama Torn. This included a moving scene in which a teenage alcoholic faces the mother of the boy he killed in a car accident. Sue did a great job depicting the raw-edged emotions of the characters, although some thought the mother should react more violently at first and others thought that a slight reordering of the actions (including a hug and a slap) would heighten the emotions further.

We wrapped everything up with three rewritten scenes from Tim Phillips' Prohibition-era romance Abigail Finds Love. In one scene, we see Clara confront Abigail about her scandalous liaisons with piano-playing Paul, with Clara claiming that Abigail could lose her ex-husband's fortune taken from her because of it. There was some discussion about whether this could happen, but people felt that the scenes keep getting better each time they're rewritten.

Our next meeting is Monday, August 10. See you then!
Posted by Todd Wallinger at 5:45 PM 0 comments