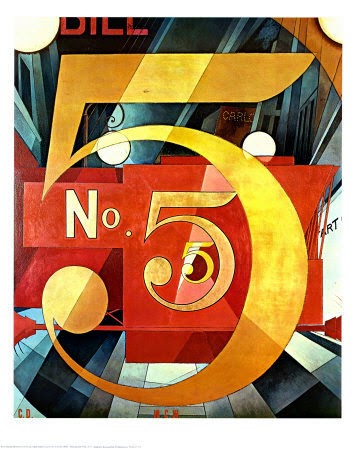 Nancy Holaday has announced that Black Box Theatre is now taking submissions for their 2nd annual FIVES Playwriting Competition. This is an excellent contest that not produces the top five plays but also awards $100 to each of the winners. And if you saw last year's festival, you know what a great job they do with the plays.

Following the theme of fives, all entries must have five characters, the deadline is March 5 and an announcement of the winners will be made May 5. The submission fee is $10.

One note. This year, Drama Lab member Buck Buchanan is participating as one of the judges. In an effort to keep his evaluations unbiased, he has asked that if you bring a script to Drama Lab that you intend to submit to the contest, let me (Todd) know and I will make sure that your script is read at the end of the meeting so that Buck can leave before that.

Due to the nasty weather last Monday, we postponed our January meeting to last night. I was worried we couldn't get many people, partly due to the change in date and partly due to the fact that a couple of our regular writers, Sue Bachman and Jess Weaver, had other, theatre-related gigs. But we actually had a healthy turnout, with 11 people attending. This included one new actor--Howard Kirstel--and one old friend--Bob Spiller, a successful novelist who was a regular attendee a couple of years ago. We look forward to both of them becoming more involved.

UCCS did not have class yesterday because of the MLK holiday, so we were free to meet in our favorite room--Room 132, the big, wide one  near the building's entrance. I don't know if it was the room or the people who came, but the meeting was unusually animated, with lots of laughs and a very lively atmosphere.

We opened with the beginning of Chuck Cabell's full-length fable, Jurgen the Pawnbroker. Chuck explained that this is an adaptation of a novel published in the 1920's by his distant cousin James Branch Cabell. a highly respected novelist at that time. The story is about a pawnbroker/poet who loses both his wife and his livelihood on the same terrible Wednesday and goes on a quest to regain both. In the scenes we read last night, the hapless Jurgen meets a helpful centaur and a mischievous satyr. Everyone loved the rich language and clever wit, and many people commented that they can't wait to hear more.

After that we read a 10-minute comedy, Banana Split & Fruit Fly. which Tim wrote for 24SEVEN. He brought it last night because he was wondering if it was worth rewriting so that he could submit it to contests. The play is about a pair of goofy superheroes who are unable to fight crime because their capes are in the wash. The audience agree that it did not need rewriting, although some suggested that the chattier parts could be trimmed and that the copyrighted  lyrics would need to be rmoved entirely.

Next up was Something, a 3-minute play that Tim Phillips wrote for the FAC's Georgia O'Keeffe contest. In it, two art critics argue about the sexual and feminist subtext in one of O'Keeffe's paintings, while the artist herself insists she meant nothing of the kind. Everyone agreed that the play had a lot of promise. The debate was an interesting one, getting to the heart of what art is, and the dialogue was quite funny. It was felt, however, that the play should be expanded to 10 minutes for maximum impact.

We wrapped up with the finale of my museum farce, I Want My Mummy. Here the robbers finally got their comeuppance, while Melvin the cowardly security guard not only proves his worth but wins the girl: Penny, the pushy reporter, who played the most important role in capturing the robbers. There were a lot of questions about motivations and set-ups, but I think I was able to show that everything fit together in the end. There were also a lot of suggestions for punching up the gags, and I'll be using many of these in the final draft.

If the weather allows, we'll be meeting next month at our regular time on the second Monday, which is February 9. However, it has become clear to me that more and more people are having to drop out due to conflicts on Monday. Therefore, I'll be sending out an email soon asking people if another day would work better. Look for that in your inbox soon!
Posted by Todd Wallinger at 5:48 PM 0 comments

Detroit opens next week at TheatreWorks 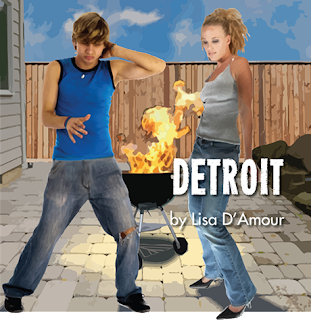 Detroit is one of the newest plays in TheatreWorks season this year, so if you want to know what kind of works contemporary playwrights are doing, you won't want to miss this comedy/drama about two suburban couples from different worlds.

The play runs January 22 through Feb 8. Showtimes are 7:30pm Wednesdays through Fridays, 2pm and 7:30 pm Saturdays (no matinee on January 24) and 4pm Sundays.

The associated Prologue Lecture features none other than the author herself, Lisa D'Amour. This is an exciting opportunity to hear one of this country's up-and-coming playwrights discuss playwriting and what she thinks about the state theatre today. The Prologue starts at 2;30pm on Sunday, January 25 in the Dusty Loo.

See you there!
Posted by Todd Wallinger at 5:45 PM 0 comments

Due to deteriorating weather conditions, tonight's meeting is cancelled. We will meet next Monday, January 19, at our regular time and place (7pm in the TheatreWorks building).

Everybody stay safe out there!
Posted by Todd Wallinger at 3:20 PM 0 comments